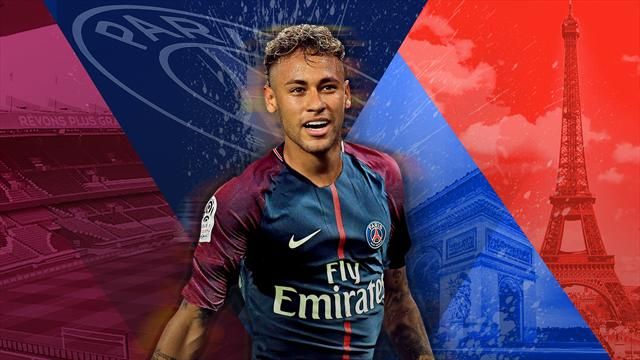 Neymar is on fire!

The most expensive signing in all of football history, Neymar is lighting up the world stage as he should, but the true test of whether he’ll set it alight is in the Champions League.

With PSG’s acquisition of Kylian Mbappe, the UEFA Champions League can be the only yardstick for success for the French based club. The wealth of talent that PSG has is ludicrious, laughable and disrespectful some might say. In every position on the field, the players would rank in the top 3 in the world in their respective positions. The Domestic league and cup titles in France should therefore be a given for France.

It is for this very reason that the expectation for Neymar at PSG is far greater than it was at Barcelona. Neymar was surrounded by Luis Suarez, and Iniesta. More importantly, he was playing alongside arguably the greatest footballer ever in Lionel Messi, a title which Neymar would no doubt want for himself. It was easy to hide in the shadows and feed of the work of Messi, but now he is the kingpin for PSG. He is the main man, as he was for Santos and as he is currently for Brazil.

What does this mean? It means that Neymar has to ‘step-up’ when PSG needs him the most. On those days when the backs of the club is against the wall, and everyone is looking down at the ground – Neymar is expected to be the savior. The one to take the last minute penalty to win an important tiebreaker. To score a free-kick that wins the game and create an assist when needed.

Show-boating and skillfulness is part and parcel of Neymar’s game and will forever be. He has just got that ‘natural Brazilian flair’. However, it is in the goals and assists tally that he really has to step up. His start to the season certainly suggest he will be doing this. On his debut for PSG, he scored a goal and assisted another one against Guungamp in a 3-0 win at the Stade Municipal de Roundourou. It was much to the elation of the fans of PSG who only came to the stadium for one reason – Neymar.

That’s what he brings after all. He is a showman, a record t-shirt seller and fills stadiums wherever he goes. He is the most valuable football brand, working with brands such as Nike, Red Bull and Police. His lifestyle is also akin to this, as he is known for his fancy cars, hotels, partying and private jets.

He also dazzled on his home debut against Toulouse, in a 6-2 win for PSG. He scored two goals for PSG, one which in particular went viral. That is all great, and much like the great players of past generations, starting well is a tradition. Whether or not he can sustain this is the true challenge. He started his professional career at only the age of 17. However, his rival on the greater football stage, being Lionel Messi already had three Balon d’Or’s at the age of 21. That’s the gap he is looking to close.

Credit must go to Neymar. Staying at Barcelona in many ways is easier than going to PSG. At least at Barcelona it is shown historically they win titles, most of their players end up in the world XI and also progress further in the champions league.

So it’s quite clear. The UEFA Champions league for PSG is a must, or else the Neymar experiment can be classified a failure.