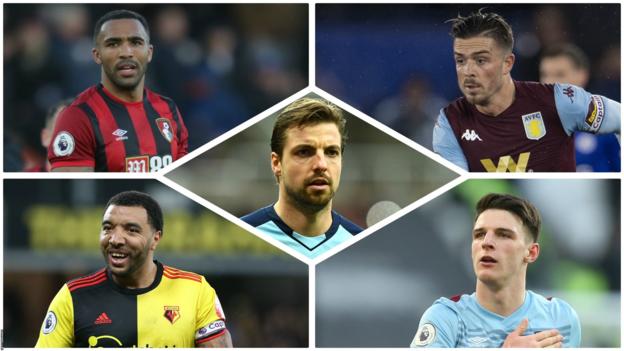 Even though the Coronavirus spreads dramatically around the world and many competitions are suspended for the moment, the English Premier League battles are still not affected by it.

Manchester City, who ruled EPL for the past two years, will hand the crown to Liverpool, but that doesn't mean that all the excitement is over. All the fans are still debating about possible outcomes of both the race for the Champions League and for staying in the league.

The situation behind the top three teams is very nasty, and six sides are chasing two sports, which lead to the UCL. Chelsea has the biggest chance of reaching the most prominent European competition.

Bookies gave odds on the Blues to finish among the top five at 1/6. Manchester United is behind with 4/9, while Wolves follow these two clubs and sit at 11/4. Tottenham comes fourth, 11/2, before recently joined Arsenal, 13/2. At the top of the list is Sheffield United with 6/1. You can find these and many more free bets for UK customers if you follow the link provided.

Now, besides this, we have a massive relegation battle.  Several teams are involved, and it is equally interesting as the one for the UCL. Some are suggesting that it might be even more dramatic than the above-mentioned one, because all these clubs are fighting for their lives.

Brighton is in the best position once looking at the table, as the Seagulls have 29 points, two more than three teams who are coming behind them. West Ham, Watford and Bournemouth. The Cherries are the first side in the relegation zone, due to the worst goal-difference. However, that will, for sure, change, as well as many other things.

Aston Villa is 19th, or second to the last with 25 points, but there is one factor that goes in their favor. The Villains have a game in hand against Sheffield United, and besides that, they will play against the home, which is a massive advantage in the current situation.

The last team in the standings is Norwich, with the Canaries collecting just 21 points. But do know that they played very well in the recent three games, beating Leicester at Carrow Road, and then eliminating Tottenham in the FA Cup away from home. The Canaries lost to Sheffield United just 1-0 at Bramall Lane, and made a lot of troubles for the Blades. So, we just might see them performing a superb miracle if they continue to play like this.

Still, the bookies don't share our opinion, and Daniel Farke's crew is the biggest candidate for going back to be Championship. The odds on their return to the second tier of English football are 1/16. Aston Villa is next 4/11, while Bournemouth sits third with 4/5. After these three teams, we have West Ham United 2/1, Watford 12/5, and Brighton at 11/4.

Villa is in the poorest form with four losses in a row, and it seems that the English Football League Cup too much of their strength. Reaching the finals was a massive success, but still, in the end, Manchester City took the trophy.

Bournemouth also has four consecutive games without a win, but they at least had a draw against Chelsea in the meantime, which undoubtedly boosted their morale. We saw against Liverpool in the previous round that the Cherries' game looked much better, so they just might jump in the last wagon on their way to salvation.

All other teams are unpredictable.  West Ham oscillates, Watford also, while Brighton plays tough matches, with just a few chances for scoring. Those types of games brought them four points in the last five events, as Seagulls recorded four draws. For now, they are holding on above the relegation line, but in the next few games, among other opponents, Brighton has Arsenal, Leicester, Man United, and Liverpool, which is a horrifying schedule.

Some of these teams have players who are in the combination to win the Top Goalscorer honors, and the Seagulls' defense will be under heavy pressure.

Jamie Vardy tops the list with odds at 2/1, Pierre-Emerick Aubameyang is second with 3/1, Sergio Aguero comes third with 4/1, while Liverpool's Mohamed Salah with 5/1, and Sadio Mane with 13/1 are following these guys.

After seeing this, there is a massive possibility that Brighton might experience one pretty nasty period during which they won't take a single point.

All this guarantees a big battle, and what is more important - excitement for the fans.